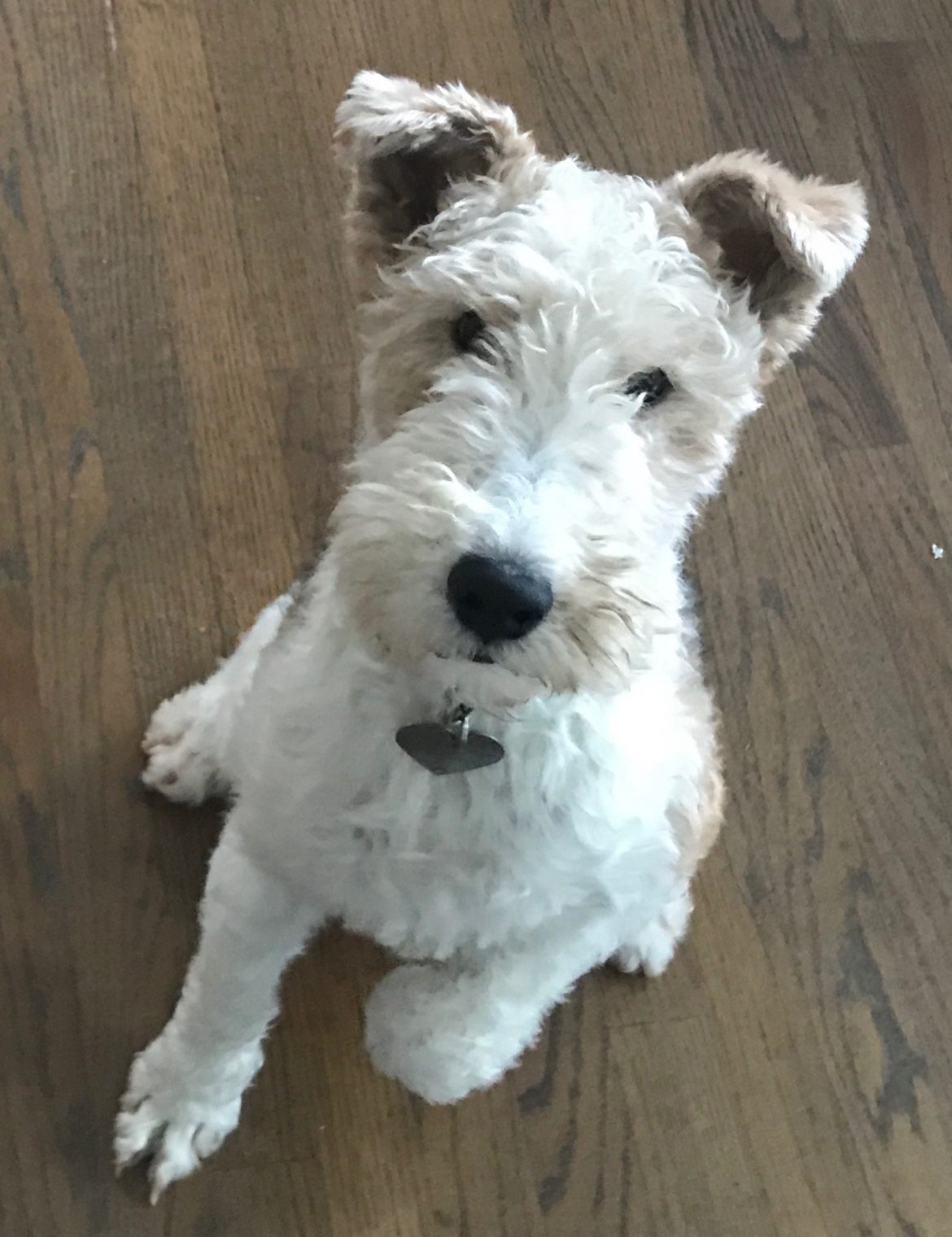 Tally came to us from South Korea in November, 2018. The only information we had was that her owner had surrendered her to the shelter. Weighing only 13 pounds, this poor, sweet girl was just skin and bones. Tally is a four year old (estimated) long-legged Wire and looks so much better now that she has gained two and a half pounds. She has beautiful markings and is looking, and feeling so, so much better. Tally has the cutest bounce to her step and the cutest play bow pounce when she plays with you and her toys. She prances and sometimes leaps around like a terrier version of Bambi. She is getting fuzzier too, and, with her round button eyes she reminds us of a teddy bear! Right now, though, Tally’s favorite pastime (understandably) is FOOD! When she hears the rustling of a bag, she starts to leap straight up in the air and does not stop bouncing until she gets her treat or her meal.

Tally often acts like a typical, playful Wire Fox Terrier. And, she is a good cuddler. But there are times that she is fearful and retreats to a corner in the room. She is getting acclimated to being on leash but is frightened by street noises. She has not made much progress with housebreaking yet. As with our other dogs from Korea, Tally needs to be the only dog in the family – both for the attention that she craves and probably did not receive, and also because she has shown some aggression toward other dogs. Tally did well at the vet recently and did not protest her nail trim. Tally is a quiet girl. She has been de-barked – we hope humanely. While she loves attention, she can wait patiently for it without a fuss. She has been good in accepting her crate time and ridden well in one in the car. Tally still needs to be spayed and, while she is spayed, she will have teeth cleaning done though she has minimal tartar on her teeth. so she is not quite ready for adoption. We are happy to accept applications, however, if you live in the Southern California area. You can keep up with Tally’s progress on our Facebook page. 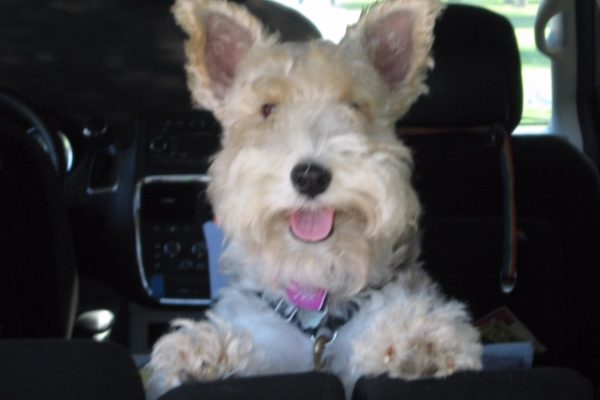